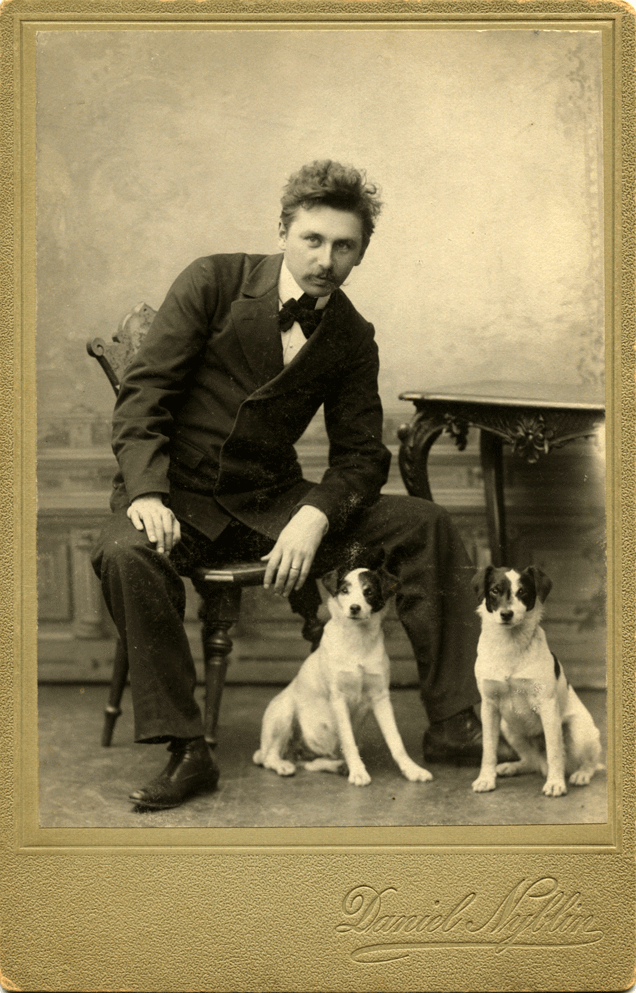 Armas Järnefelt began his career as a composer between the end of the 1880s and the beginning of the 1890s at a period when Finnish music was characterised by nationalist aspirations. Järnefelt partook in this movement to form a unique Finnish musical idioms as well, while at the same time absorbing influences from Wagner and from the late-Romantic customs of the day. The integration of these elements came to form the core of his compositional achievement.

Järnefelts early output includes several piano and chamber music works, among them Romanze for violin and piano (1891) that recreated the atmosphere from the Belle Epoque, the unfinished Suite in F Major for violin and piano (1892), newly revised in a complete version during the 2000s, as well as Three Piano Pieces Op. 4 (1895). During the course of the 1890s however, orchestral music became the crux of his work as a composer and would, along with the lieder and cantatas, make up a key component of his production. Between the years 1892 and 1894 Järnefelt wrote numerous orchestral works, among them several large-scale works such as the symphonic poem Korsholm (1894), Symphonic Fantasy (1895) and Heimathklang (1895) as well as the suites Serenad (1893), Suite for small orchestra (1895), and Suite in E flat Major (1897). Järnefelt began work on a symphony at the beginning of the 1890s, but it remained unfinished, perhaps lending it’s material to other works, namely Korsholm and Symphonic Fantasy. Järnefelts best-known works internationally are two compelling miniatures; Prelude - the first movement from the orchestral suite which is often played separately – as well as Berceuse (1894) originally written for violin and orchestra, although popular as an arrangement for various small ensembles as well.

As with most Finnish composers at that time, Järnefelt was influenced by Sibelius, though his stylistic ideal clearly differed. Next to Sibelius, Järnefelt was, in his nature, more of a poet, for which Suite-designed works of shorter movements were more suitable than those of symphonic form. Even if he often included Finnish-national material in his works, he never wrote orchestra works with actual Kalevala themes. His contemporaries could hear impressions from French music in some of his early works, more specifically from Massenet with whom he studied in Paris, and to an extent Tchaikovsky also left a mark on Järnefelts work. The biggest international influence was, above all, Wagner’s music. Wagner was one of the leading models of his career, who's works he conducted often as music director. The clearest influence can be heard in Korsholm and in the Symphonic Fantasy, and in due time the ‘’New German’’ qualities found their way into both works to bring forth a new dimension to Finnish music.

After the first few years of the 1900s Järnefelt refrained from symphonic com-posing which was overshadowed by his conducting responsibilities. For it’s sake, he made no compromise on their creation. The collection of lieder saw continual new additions and even the new genres of incidental music and cantatas began to appear.